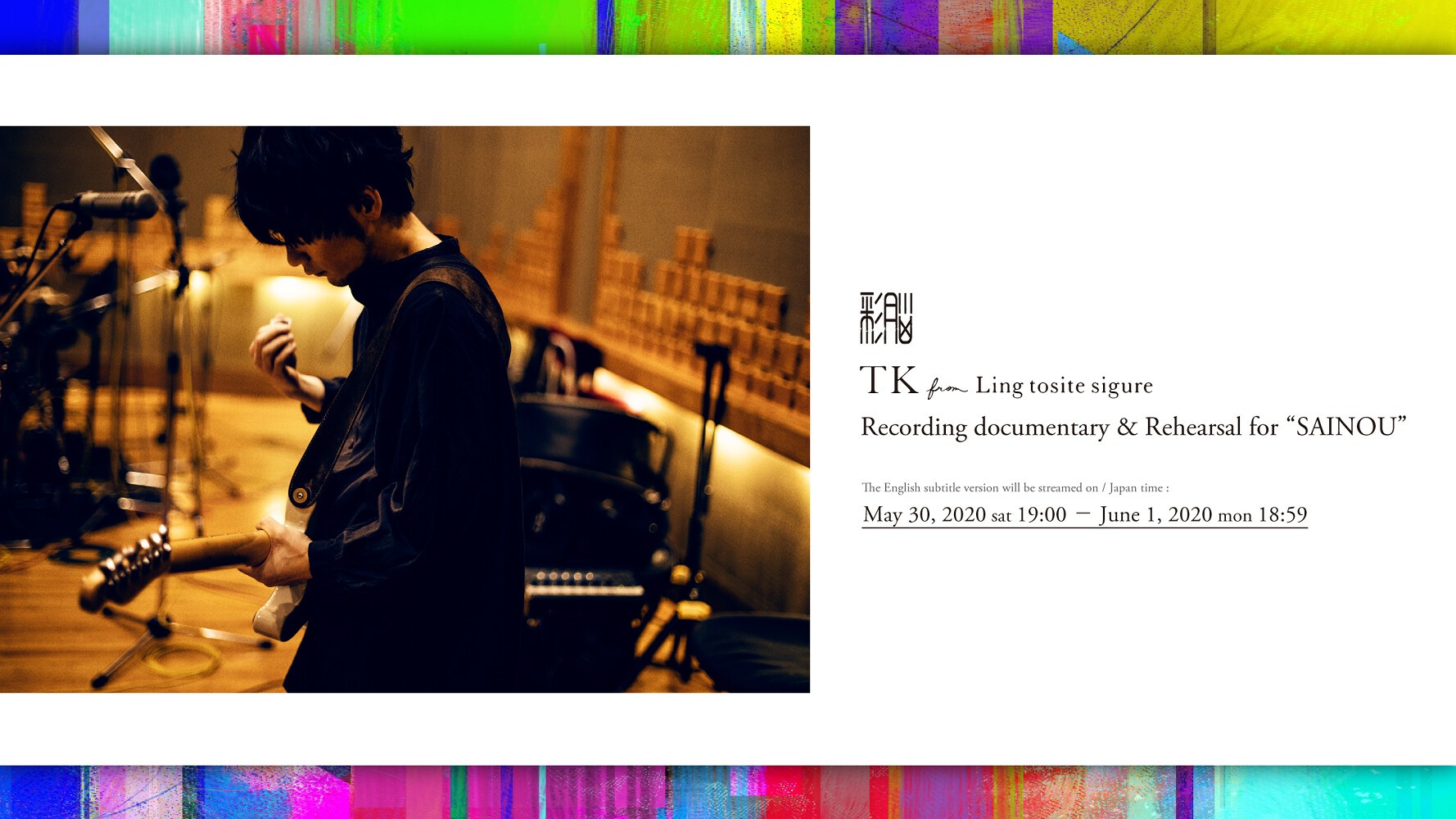 In the documentary, TK talks about his thoughts towards the album “SAINOU”. Besides, the behind-the-scene video in which secrets in production are revealed is going to be included.

What’s more, there will be interviews with the musicians and engineers supporting TK during the recording as well which can let us get closer to the nature of TK. Moreover, scenes in the first session for “SAINOU(彩脳) -TK Side-”, “P.S. RED I”, “BONNOU(凡脳)”, “katharsis” and “copy light” from the tour rehearsal in March are also included. It is definitely a content-rich video lasting over 1 hour for analyzing the album “SAINOU” and TK thoroughly.

SORRY, this system is not compatible with your browser. We suggest you use one of the following browsers (in order of recommendation)